Home>Uncategorized>Coastal Conservationists, We’re On Our Own
Previous Next

Tony Friedrich has a warning for Florida fisherman: No one has your back. Friedrich has spent the better part of his life fighting a mostly uphill battle over the Chesapeake. He has watched a national treasure slowly degrade and coastal communities suffer in the absence of a united voice for conservation. He sees Florida heading in the same direction.

Worse, Friedrich sees national groups like CCA, whose Maryland organization he ran, campaigning to weaken regional and federal protections for coastal fisheries. Angling communities dedicated to conservation are increasingly isolated, outgunned by industry lobbying power, and locked out of policymaking discussions. If Florida Bay’s struggle for clean water is waged independently of Pine Island Sound’s fight, or the St. Lucie’s…or the effort to rebuild red snapper stocks, or offshore fisheries, or the Chesapeake…then none of us has a great chance. If we fight together, though, we represent a huge number of stakeholders—the majority of people—who care about the future of our waterways and managing our resources for the next generation. The success of the Now Or Neverglades coalition in Florida, with support from industry leaders like Patagonia, Orvis, and Columbia, proves we can win. But today the political organizations with the power to unite us have other priorities.

These are troubling days for recreational fishermen who care about our marine resources.  There are issues on every coast that threaten the natural resources that fishermen hold dear. Issues such as the ecological disaster happening in the Everglades, America’s Wetland, due to outdated agricultural and water policy, land loss, and dead zones in the Gulf of Mexico, and habitat degradation and water quality problems in the Chesapeake Bay.

The genesis of these issues has a common theme, yet we are forced to fight them on the local level due to a lack of a unifying voice. Conservation-minded marine recreational anglers suffer from a lack of representation at the national level and as a result, marine natural resources are last in line for consideration. They fall well behind the needs of large corporations and industry trade groups that are more concerned with profits than our natural resources.

We are left with passionate individuals that refuse to sit back and watch the decline of our resources. They are emboldened with the sole purpose of leaving things better for the next generation. They work full-time jobs yet commit their free time and resources because if they don’t, who will?  These are truly the people that make America great. How much more could they accomplish if they had one voice of conservation to represent them?

While the regional groups inspire us, strategically the situation begs the question, “Why aren’t we all working together?” If we could somehow combine forces for good, we might be able to turn the tide. We have tools like social media that can level the playing field. If we were able to share ideas and positions, we could put our best thinkers together, create a greater awareness, and organize our efforts to maximize positive impacts.

Imagine if all the snowbirds on the East Coast suddenly became involved and came to the aid of all Floridians? Imagine if people from the Chesapeake, Gulf Coast, and Florida all shared information on how to win these battles and offered support to snap the stranglehold special interest groups and big moneyed donors have on elected officials?

It is all about being efficient, force multiplying, and building networks. Logically, one would think that saltwater anglers would already have a group organized to handle these issues. It used to be CCA but they have chosen to not get involved. There’s a void that desperately needs to be filled. True conservation is messy and upsets politicians and sponsors. We need a group that understands that clean water and adequate regulations are the best way forward. What happened to the groups that should be focusing on this?  In my opinion, the answer is clear–they’ve chosen profits over the resource.

A perfect example of this theory is the recreational industry’s focus on dismantling the conservation provisions of the Magnuson-Stevens Act (MSA). The MSA is the overarching legislation that governs fisheries management in federal waters. By all measures the MSA has been a resounding success, rebuilding 39 fish stocks and reducing overfishing to an all-time low. Thanks to the sacrifices and dedication of recreational and commercial fishermen, fishing-related businesses, and fishing communities, these rebuilt fisheries have delivered positive economic benefits with local and national impacts.

Instead of working on conservation measures, large angling associations have decided to strip the very parts of the law that have helped rebuild our fisheries. Why would they focus on removing safeguards from federal fisheries laws rather than saving the Everglades and Chesapeake Bay? There seems to be only one clear answer–to support their biggest sponsors, the ones that now fill the boards of their political action committees. Behind the curtain these associations have been transformed into industry trade groups primarily focused on selling more equipment. As you peel back the layers of the onion, their motives for inaction become nefarious.

The current push to reauthorize Magnuson Stevens is full of hyperbole to manipulate recreational anglers. “States’ rights” and criticism of “the feds” are meant to trigger an emotional response. Dig a little deeper and you realize the reauthorization is just an attack on conservation.

For example, rebuilding timelines for fish stocks will no longer be as fast as “possible” but as fast as “practicable,” so managers will have the ability to delay rebuilding rather that making decisions to put a fishery back on track. Without hard timelines, people will find a way to take more instead of recovering the stocks. The reauthorization would also remove annual catch limits from hundreds of species and create harvest loopholes for stocks on the decline.  We need stronger regulations not bigger loopholes. How does this effort represent conservation minded fishermen?

So, there’s your answer: It doesn’t. It may be shocking, but it certainly proves the point that we need to share what we know and all work for a better future. The groups that should be helping aren’t. They abandoned us because they can’t upset their sponsors.

We must all fight against this bill in the House as well as the Senate. Otherwise this has a chance of slipping by almost unnoticed while we are immersed in saving our own backyards. It will leave a legacy of depleted stocks and remove the safeguards that led to the recovery of so many fish we enjoy catching today.

Now it is up to us to form alliances and work together. It sounds like a dream, I know. It is also the only course if we want to leave something for our children and grandchildren. So let’s find a way to strengthen alliances to fill the void left by those who were entrusted to safeguard the future of our marine resources. This is only the beginning. It will be a long fight. But, I’ll ask you again…if not you, then who? 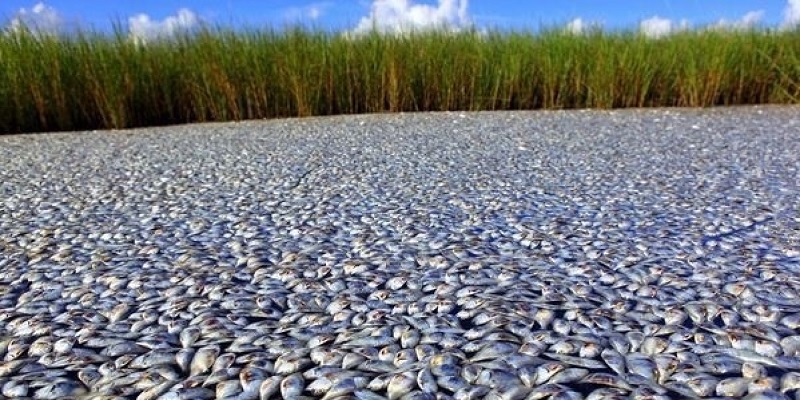