The law is not protecting us from toxic blooms. We can change that. 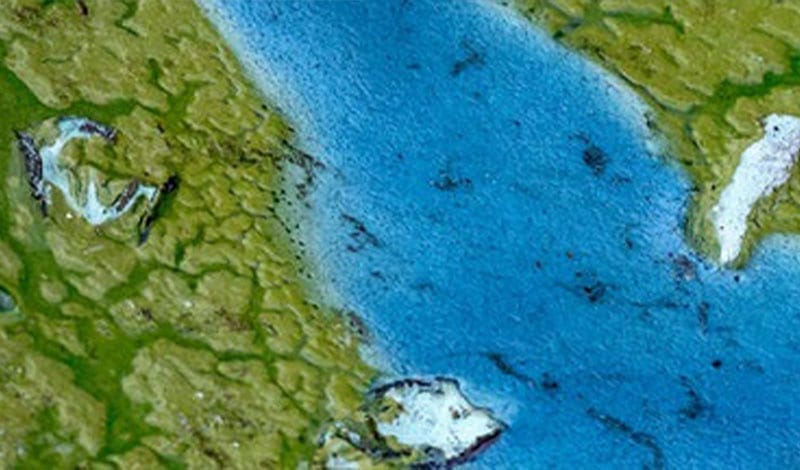 A recent study found that people living in areas with significant algae blooms are more likely to die from liver disease.

The authorized project purposes governing discharges from Lake Okeechobee currently include flood control, navigation, water supply, regional groundwater control and salinity control, enhancement of fish and wildlife, and recreation; however, the U.S. Army Corps of Engineers has stated that they currently have “an extremely limited ability to address water quality with system operational changes.”

But human health is not among the listed priorities for the agencies managing the lake.

These priorities have resulted in the lake being managed to the substantial detriment of the communities east and west of the lake, whose health and safety is routinely put at risk.

Under this definition, the health and safety of communities east and west of the lake will be given equal priority to the rest of Florida for the first time.

The bill does not alter the water rights compact between the State of Florida and the Seminole Tribe, nor diminish access to water for the Miccosukee Tribe. The bill also will not impede the construction of CERP and CEPP projects. In fact, the bill explicitly prohibits changes to the schedule for completion of any CERP or CEPP projects, authorized before December 31, 2018, as a result of the legislation.

Sen. Graham called for the Congress to modify operations of the Central and Southern Florida project in 2017 and in 2019 at remarks at the Everglades Coalition Conference. The following remarks were made in January 2019:

The current federal law that regulates federal action… that statute was written in 1948. That’s a long time ago, and it was written primarily–almost exclusively–for the goal of flood control… We now have a much broader palette of issues and the federal statute that authorizes the Army Corps to be engaged with managing those issues needs to reflect that broader palette.

So the first federal assignment [for attendees] is to initiate the process of rewriting the 1948 flood control act on which all the actions of the Corps of Engineers are now predicated.

I’m going to be self-critical. I was in the senate for 18 years. I failed you. I should have done this while I was there. I didn’t. Now it’s your responsibility.

The Corps does not assess water quality or toxic bloom risk before discharging water to the Caloosahatchee or St. Lucie, and the Florida Department of Environmental Protection tests samples only after blooms are reported. So people coming into contact with algae-borne toxins often find out only after they’ve been exposed. The Florida Department of Health publicly claimed that algae-borne toxins can’t be breathed in and pose no long-term health hazards–contradicting the US Environmental Protection Agency, the World Health Organization, and virtually every scientist studying the issue. DOH has yet to update its site with online information that accurately details the gravity of the situation and a public records request revealed evidence that the agency is struggling to keep its message straight with more runarounds and silence than answers. Our government is failing to protect us from a known health threat.

The Central and Southern Florida project was adopted in Title II of the Rivers and Harbors Act of 1948 (also known as the Flood Control Act of 1948) and adopts House Document 643 of the Eightieth Congress by reference. The C&SF project area encompasses South Florida. Though the text of the document is vague, the USACE interprets the report, as amended, to provide the following project purposes: flood and storm risk management; navigation; water supply; enhancement of fish and wildlife; and recreation. The USACE is great at providing perfect irrigation and drainage for the EAA, but not good at most other project purposes. Therefore, USACE prioritizes some functions over others. What is clear is the USACE does not consider human health in the operation of the C&SF system, with the exception of flood control.

The Everglades Agricultural Area (EAA) was created by the C&SF project. The EAA is 700,000 acres (1,094 square miles), representing 27% of the historic Everglades, and encompasses much of the area that once made up the slow, shallow sheet flow that was Florida’s famed River of Grass. To create the EAA, the River of Grass was dammed (the Herbert Hoover Dike that surrounds Lake Okeechobee is classified by the federal government as a dam) and the water was redirected east to the St. Lucie and West to the Caloosahatchee.

Farming the EAA is only possible due to massive amounts of government infrastructure that provides drainage in the wet season and irrigation in the dry season. The C&SF project report states: “Farming in the fertile but flat muck soils of the Everglades can only be successfully carried on if the fields are surrounded by dikes to prevent overflow by high water in the canals or on the surrounding lands and if reversible pumps are provided to pump water from the fields into the canals in wet periods and water from the canals onto the fields in dry periods, so as to maintain a favorable ground-water elevation in the soil during the growing season.” H.R. Doc. 80-643 at 19 (May 6, 1948). In other words, farming in the EAA, once a former riverbed, only exists as a result of a massive government subsidy.

The nutrient overload in Lake Okeechobee that provides food for toxic blooms in the lake and out to both coasts during discharges is getting worse. Since 2010 the five-year average annual loads of nitrogen and phosphorus flowing into the lake have increased by almost 50%, exceeding targets by 200% to 600%. So much nutrient pollution is now stored in the lake that if inflows from now on were completely clean, the lake would still fuel toxic blooms for generations.

Impact of the Reservoir

We won’t know for years how much the EAA reservoir will reduce discharges of toxic bloom-fueling nutrients to our rivers and coasts. Designed to filter pollution and deliver clean freshwater to Florida Bay, the reservoir’s capacity to cut discharges depends on how much filtration is has and how much pollution it needs to remove. Independent scientists worry that the reservoir’s footprint is too small to filter the volume of lakewater in the plan, and as long as nutrient pollution in Lake Okeechobee gets worse, the volume that the reservoir can clean will drop.

The Myth of “Shared Adversity”

One of the repeated phrases used in Everglades restoration is the term “shared adversity.” The term is used as a reference to the idea that the system is not perfect and under construction, and that all stakeholders of the C&SF project won’t be fully served until completion of CERP. This is false. There are winners and losers throughout the system. The biggest winner by far is the EAA, where perfect farming conditions are a matter of law. The EAA does not lose crops. Conversely, the St. Lucie is the biggest loser in the C&SF project. The St. Lucie receives all harm and no benefit from the C&SF project. The Caloosahatchee receives some beneficial dry season flows from Lake Okeechobee, but is not much better off.