We are fortunate to have such a dedicated and accomplished board with a wide range of expertise. Together, they’re helping Bullsugar.org stop the discharges.

Our mission and accomplishments > 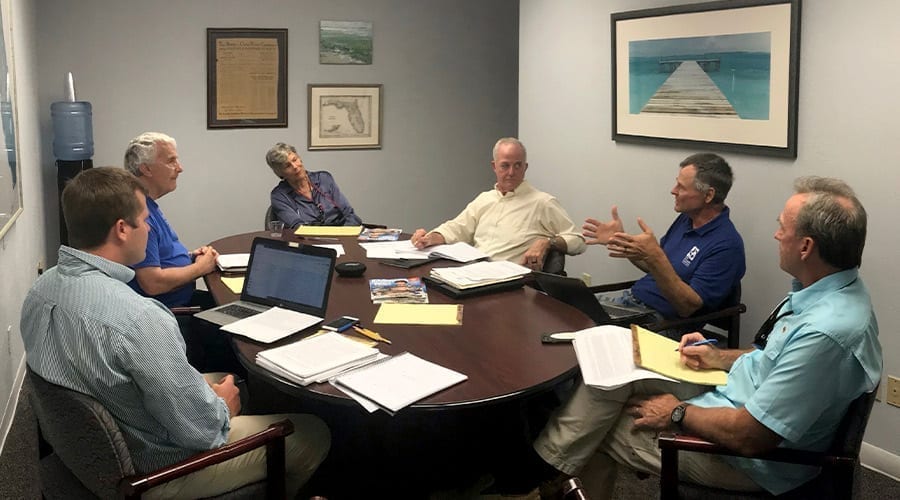 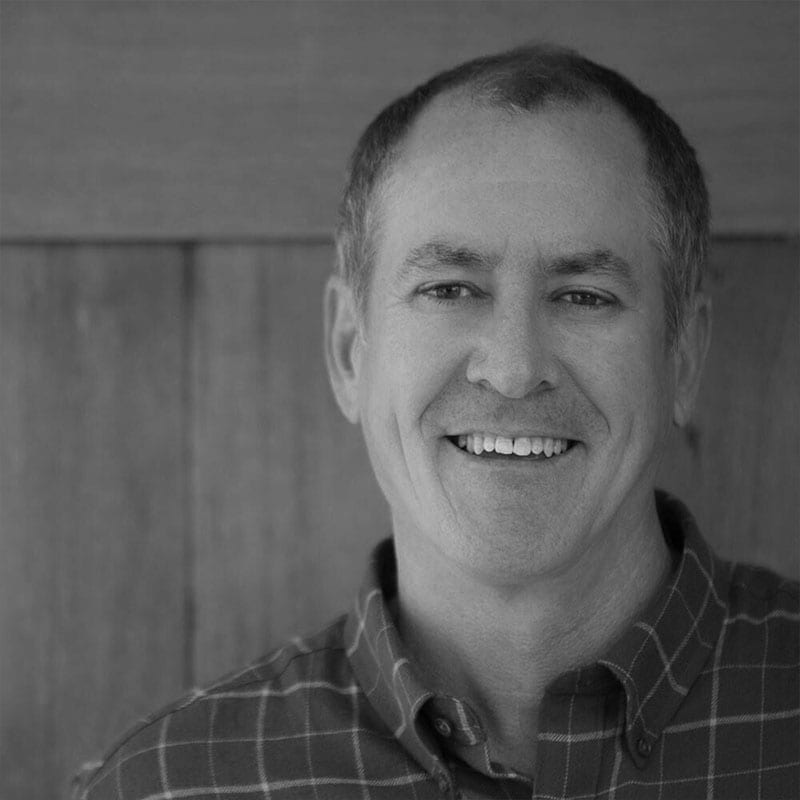 Marshall Cutchin
Marshall is the publisher of MIDCURRENT, a fly fishing website, and a digital marketing consultant. He was one of the founding board members of Reef Relief and was a Key West flats guide from 1985 to 1997. He has served in a number of executive roles in publishing and technology businesses over the past 35 years. 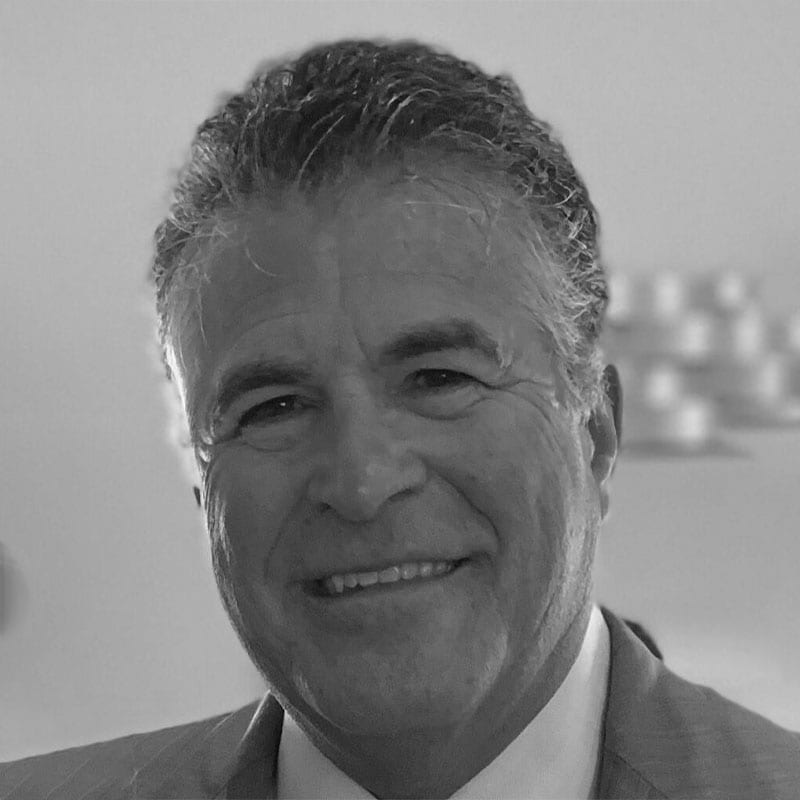 Richard Trotta
Richard was born in Miami in 1958 and his love affair with the Everglades started soon after. Richard has explored the Glades from its Shingle Creek headwaters to Sandy Key. He has served as President of the Herman Lucerne Memorial Foundation. The Foundation has made Everglades National Park as its sole beneficiary. Living in Islamorada, Florida he is now focusing his efforts on helping the River of Grass flow as nature intended from the southern lip of Lake Okeechobee to the bights and bays of Florida Bay. 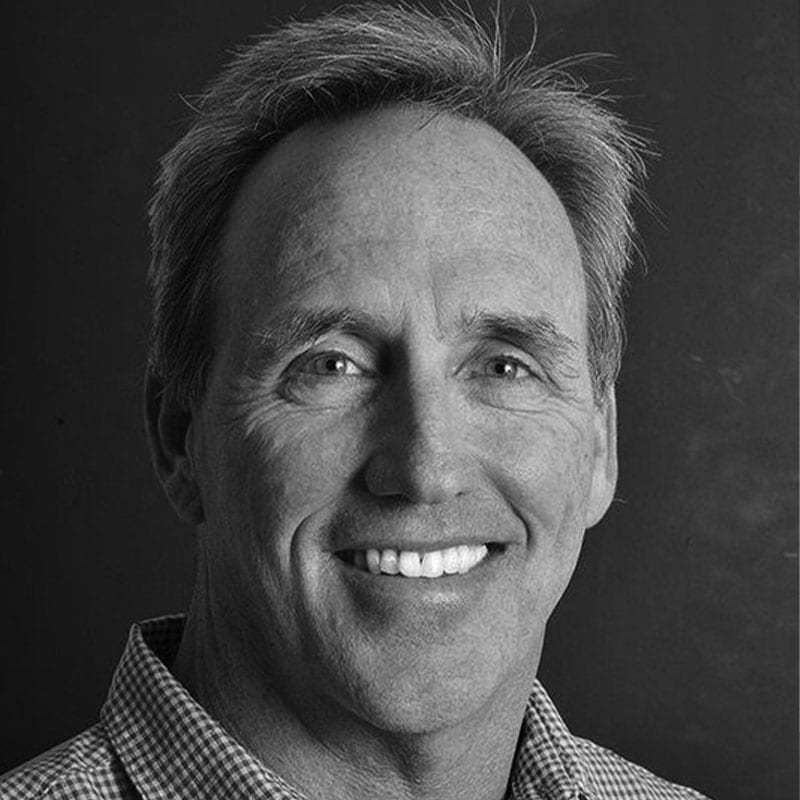 Blair Wickstrom
As publisher of Florida Sportsman magazine, Blair Wickstrom oversees all related media and products associated with the brand, including: television, online, social media, Expos and radio. In addition, Wickstrom writes a regular column in the magazine, Florida Sportsman Watermen, which focuses on water quality issues facing the state. Wickstrom is currently a Board of Director for: Bullsugar.org, Friends of the Everglades, and Rivers Coalition. 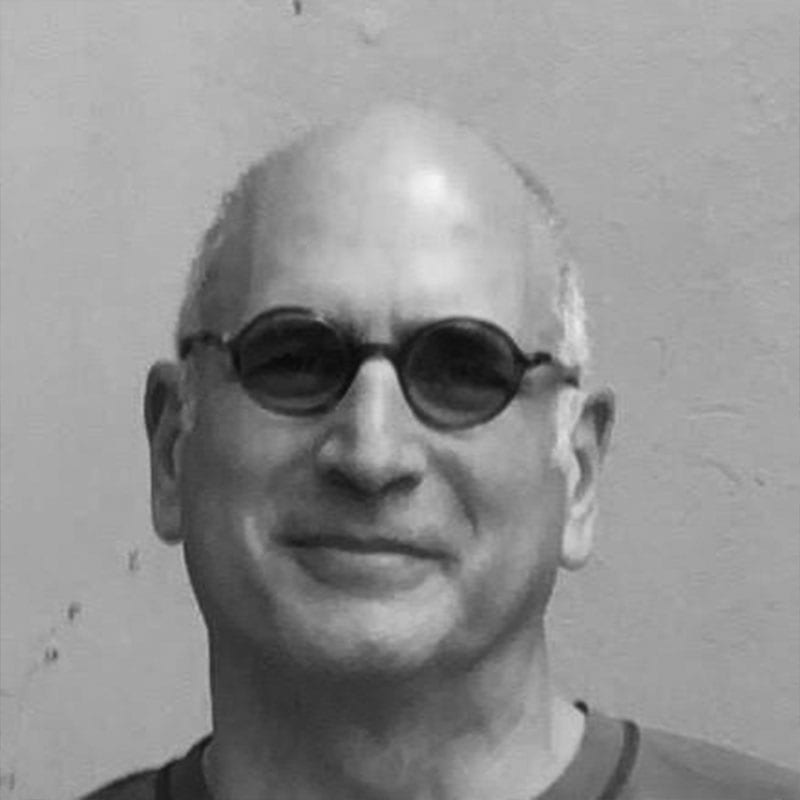 Alan Farago
Alan Farago lives in Coral Gables, FL. He has been an activist, writer, and observer of Florida environmental, Everglades, and political issues for nearly 30 years. His editorials have appeared regularly in Florida newspapers, online publications like Counterpunch and Huffington Post, and the daily blog he co-writes, Eye On Miami. He first engaged in these issues through his love of the Florida Keys and flats fishing. His work has been recognized by the Everglades Coalition and conservation groups. He currently serves as conservation chair for Friends of the Everglades, the Miami-based group founded by Marjory Stoneman Douglas in 1969. 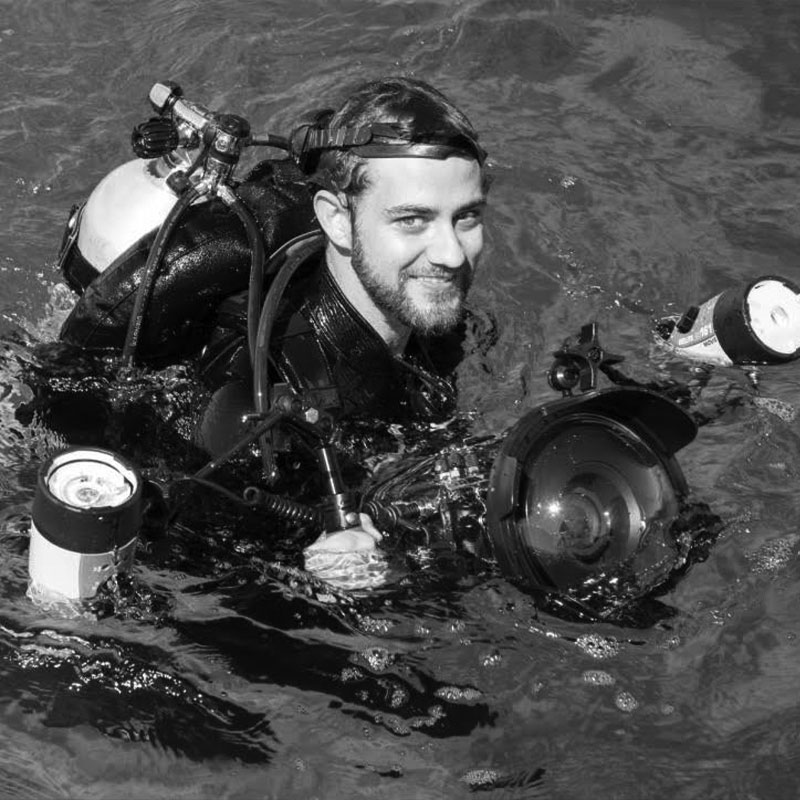 Philip Kushlan
Philip graduated from the University of Miami with a BS in Biology and Marine Science in 2008, from UM’s Biology department with a MS in 2011, and is currently a Maytag Fellow and a Ph.D. student at the Rosenstiel School of Marine and Atmospheric Science on Virginia Key, studying coral resiliency under climate change scenarios. Philip grew up spending time in and advocating for conservation of the Everglades. He currently serves on the board of the Miami Waterkeeper and as President on the board of Friends of the Everglades. 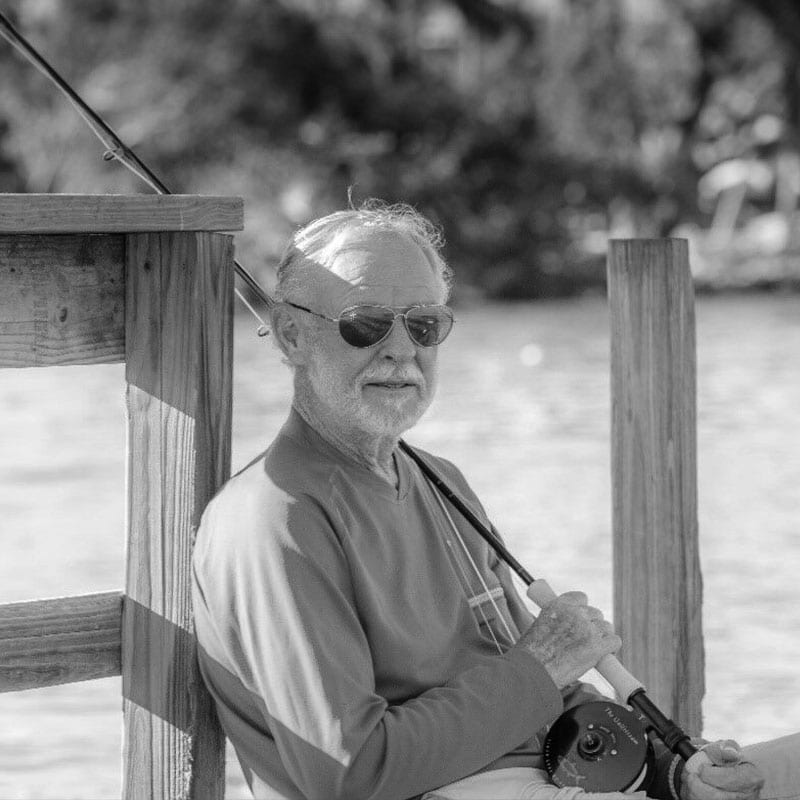 Sandy Moret
Sandy relocated from Georgia to Miami in 1972. Soon after arriving in South Florida, he had the good fortune to meet Flip Pallot, Steve Huff, and Chico Fernandez, all of whom introduced him to the wonders of South Florida, the Keys and Everglades. He has been able to learn and share knowledge with many of the sport’s finest anglers and guides. During those times Sandy was Grand Champion of the Keys’ most prestigious fly tournaments eight times.

Sandy moved to Islamorada full time and was a frequent guest on the Walker’s Cay Chronicles, The Reel Guys, and Andy Mill’s Sportsman’s Adventures.

After attending a saltwater fly-fishing seminar in the Everglades, Sandy invited his friends to join in teaching at a school he would base in Islamorada. The Florida Keys Fly Fishing School had its first class in 1989 and recently reached its 30-year mark for world class instruction. The school eventually led to opening the premiere saltwater fly shop in Islamorada, Florida Keys Outfitters.

Sandy was past president of the Everglades Protection Association and served on the East Everglades/Everglades National Park Advisory Board at the appointment of Governor Bob Graham. He is a founding member of Bonefish & Tarpon Trust, and past Chairman of The Don Hawley Foundation (Guides Trust Foundation). In 2018, Sandy was awarded the Fly Fisherman Magazine – Sage Conservationist of the Year and presented with The Orvis Company Lifetime Achievement Award for his work with the Now or Neverglades Movement. He is on the Board of Directors for The Bonefish & Tarpon Trust and Bullsugar.org 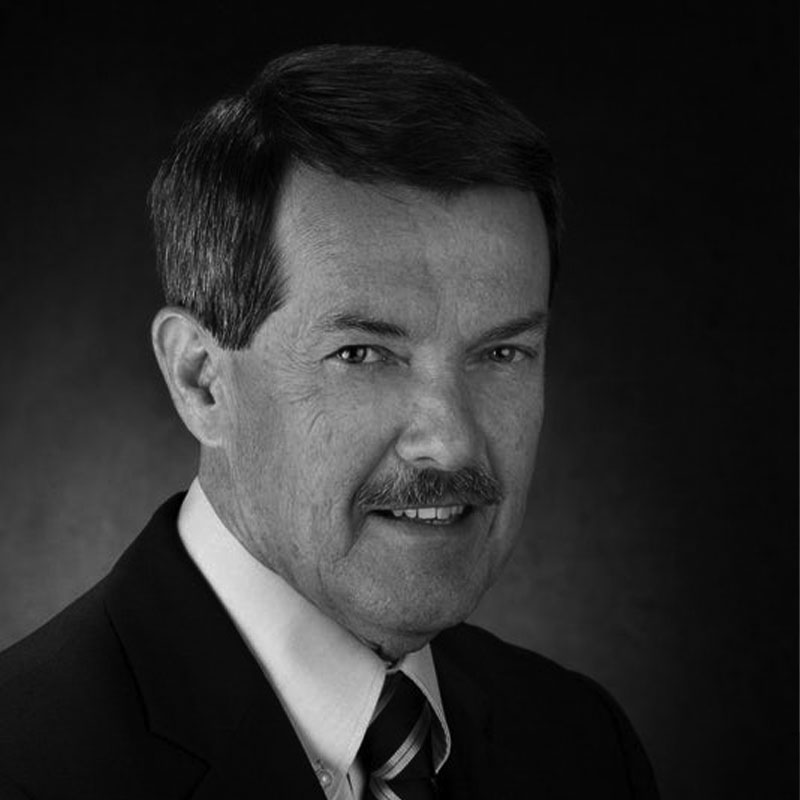 Ray Judah
Ray Judah graduated from the California State University of Humboldt with a Master of Science in Natural Resources and Bachelor of Arts in Zoology.

As a former environmental land planner with the Lee County Department of Community Development and Lee County Commissioner (1988-2012) he remains a strong advocate for providing a balance between management of growth and responsible stewardship of our precious natural resources.

During his tenure on the Board of Lee County Commission, Commissioner Judah championed the designation of the 96,000 acre Density Reduction Groundwater Resource Area of Southwest Florida, co-founded the Corkscrew Regional Ecosystem Watershed Land Trust, and spearheaded the effort to establish the Conservation 2020 program to protect our critical water resources, open space and wildlife habitat. He assumed a leadership role in the efforts to protect the Caloosahatchee and coastal estuaries by advocating for restoration of the historic southern flow-way to the Everglades and responsible management of Lake Okeechobee. He provided key contributions to the expansion of Southwest Florida International Airport and building of infrastructure including a myriad of roads, parks, utilities and libraries, championed the comprehensive Lee County Solid Waste Management Program including the Waste-to-Energy Facility that provides electrical power to over 40,000 homes and Recycling Program that exceeds the State minimum requirement of 30% waste volume reduction. He also served as liaison with federal, state, and local agencies of officials on issues pertaining to natural resource issues and throughout his career he has written articles, commentaries, and spoke on behalf of land and water issues affecting Southwest Florida.