On Friday Florida DEP confirmed that the algal bloom in Lake Okeechobee off Clewiston tested positive for microcystin. The algae is toxic.

The news went largely unreported. The concentration of toxins in the sample was relatively low at 1.4 ppb, but also roughly double the findings of previous algae tests around the lake. And the blooms are spreading.

NASA reported that algae covered nearly half of the lake’s 730-square-mile surface. Independent satellite photography shows the Clewiston bloom (below) extending across the southern and eastern shores. 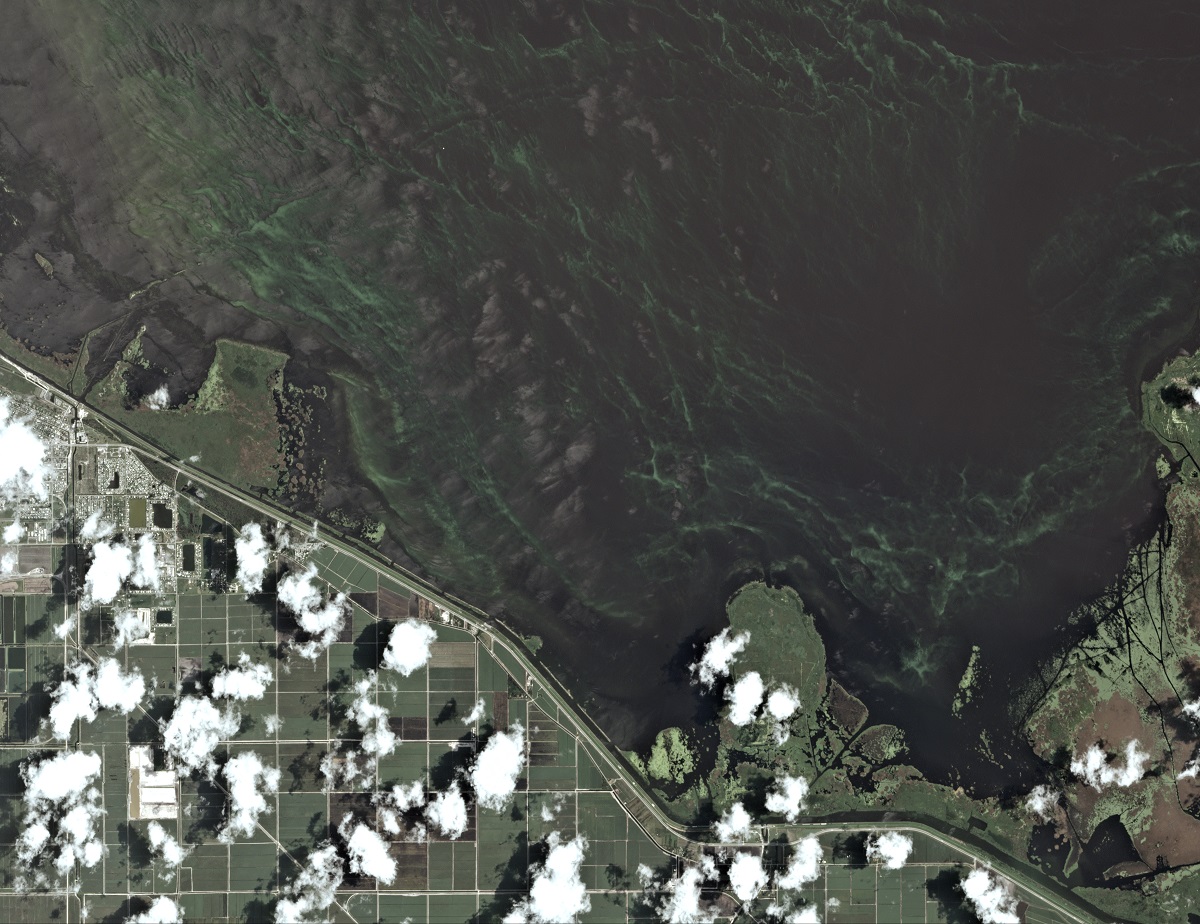 Not one Florida official can claim to be surprised by this year’s algae crisis.

As early as January South Florida Water Management District officials warned that suspended bottom sediments in Lake Okeechobee, stirred up by Hurricane Irma and winter cold fronts, had spiked nutrient levels in the lake’s surface waters. So the lake started the year with unusually abundant food for algae. The other factors needed for major blooms–sunlight and warmth–are inevitable in South Florida.

But discharges are not inevitable. The US Army Corps of Engineers Lake Okeechobee usually draws down Lake Okeechobee to a target of 12-½ feet during the dry season to leave capacity for rain in the wet season. This year the Corps didn’t do that. Spokesman John Campbell told News-Press that the Corps held water in the lake because of a dry long-term weather forecast. The forecast was wrong, the swollen lake filled up with rainwater, and the only option to lower it was discharging the lake, now brimming with algae, to the coasts.

Why would a government agency take that risk when conditions favored toxic algae blooms? Because policy explicitly prioritizes water supply for irrigation over human health and safety. Officials worried that the sugarcane industry’s water supply might be jeopardized, so they made the decision to place people in jeopardy instead.

The policy is wrong. The lake should have been kept lower, no matter whether the reason was to avoid discharging billions of gallons of toxin-filled water into coastal communities or to avoid piling too much behind an unstable dam above Glades communities. If either or both of those were priorities, there’s a fair chance none of this would be happening.

But it is. Toxic algae is blanketing Lake Okeechobee, lining our rivers, churning into the Atlantic and the Gulf. We’re less than a week into summer 2018. Will the blooms get worse? More toxic? Will rains or storms increase the discharges? Is there anything we can do other than wait and hope? 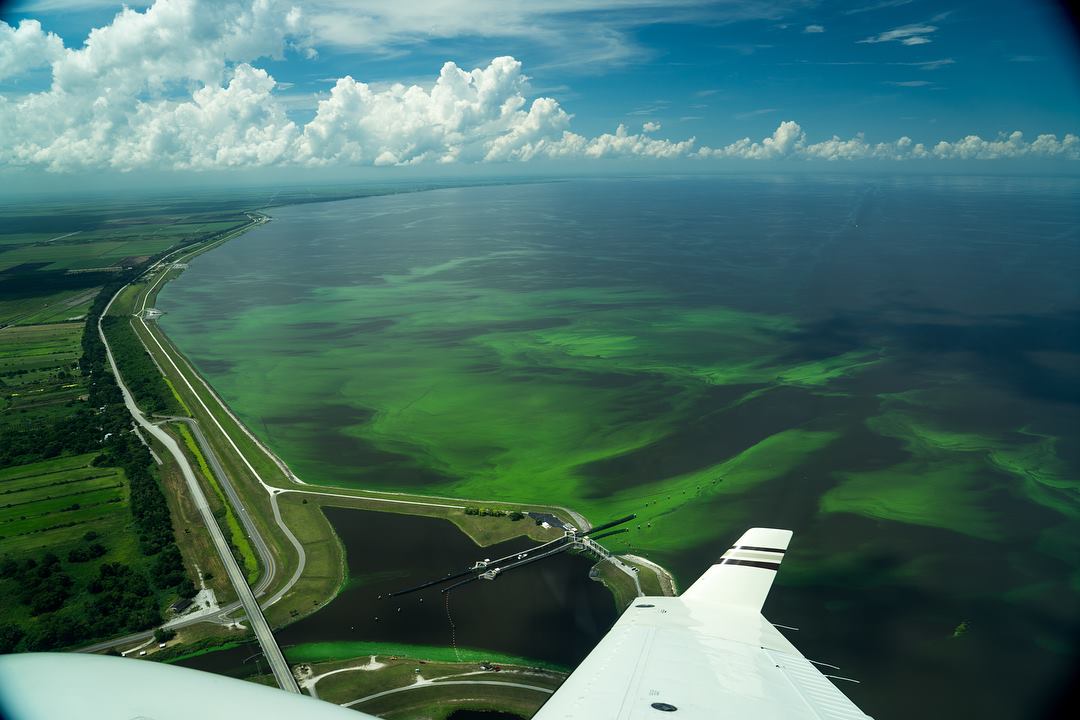 There is. Our federal and state government can declare an emergency and stop private companies from adding their runoff into the water system to clear room for lakewater to be diverted into state-owned filtration facilities instead of into populated communities. If that had been done a month ago, the difference might have prevented this year’s discharges.

Why are private companies allowed to monopolize a public system that could be used to keep people safe? It’s time more of us–and our elected leaders–asked that.