How the 2020 Elections Can Fuel Our Fight

How the 2020 Elections Can Fuel Our Fight

In the 2020 election season, volunteers from 14 counties came together under the leadership of Bullsugar board member, Blair Wickstrom, to launch the VoteWater campaign, a new effort of Bullsugar designed to identify clean-water candidates in Florida. It got noticed.

VoteWater.org drew nearly 100,000 visitors over the course of four months as voters reviewed the clean-water voter guides before heading to the polls this election season. It is because of Floridians who Voted Water that the fight will continue with support and representation at key levels of government. 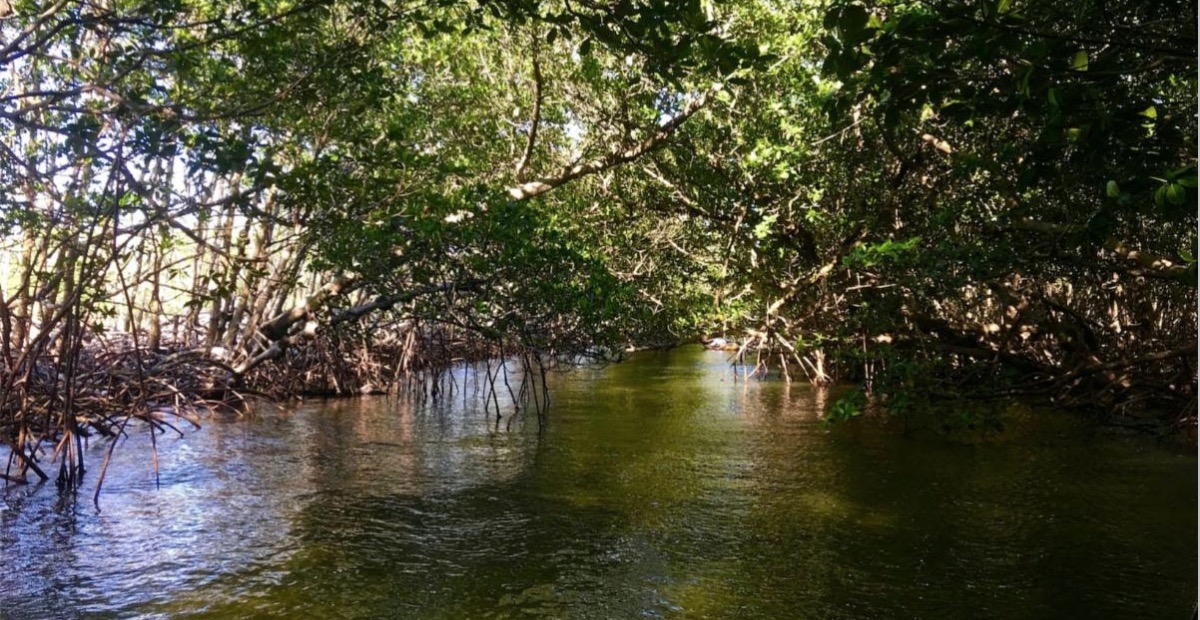 Bullsugar board member and VoteWater county captain Wil Revehl noted that the counties of Lee and Martin topped the list of the most-visited voter guide pages. “Over 100 miles apart, these modest Florida counties sit on the front lines of the fight against devastating Lake Okeechobee discharges into the Caloosahatchee and St. Lucie estuaries. As we work to unite the coasts impacted by toxic discharges and pollution in our watershed, we are honored to be a trusted voice in our very own communities for helping 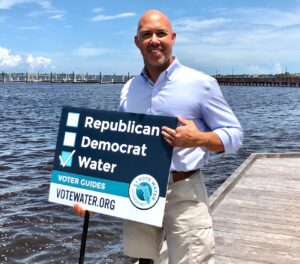 voters identify the candidates who will prioritize water quality. We are committed to earning the trust of more Floridians as we expand our reach.”

On the Treasure Coast, Congressman Brian Mast will return to fight another day for clean water. There are few lawmakers who have done more than Mast in the House to force agencies to acknowledge Florida’s broken water management system, and its pesky prioritization of sugarcane production over human health and safety.

In Miami-Dade, another bright spot emerged with the election of water warrior Daniella Levine Cava in a highly contested race for County Mayor. With a long environmental record that speaks for itself, her win was likely bolstered further by a devastating and persistent fish kill in Biscayne Bay that pushed water quality issues sharply to the forefront of public minds just before the election. 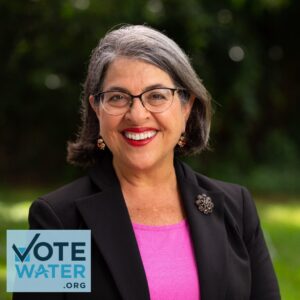 Though wins by these and a few other VoteWater-endorsed candidates were cause for worthy celebration, the lack of true clean-water victories serves as a reminder of the great amount of work remaining. After all is said and done, a nagging question remains: Why aren’t there more clean-water champions? It’s a question we’ve asked before, and one that neither major party has been able to adequately answer.

With the election behind us, the results remind us of the need and the opportunity to step back and reflect on our mission, reconnect with our base of grassroots support, and reexamine our tactics for empowering voters to help us achieve lasting clean-water victories.

With resounding certainty, we are confident that water still ranks high on the priority list for Florida voters. How could it not? With residual impacts on tourism, real estate, livelihoods, and human health, you’d be hard-pressed to find a Floridian that avidly supports voting against their own interest. But we must also acknowledge the many life-altering distractions that 2020 presented to voters across the country and the impacts that may have presented for a single focus that, arguably, was not the year’s largest crisis.

The blue-green algae and red tide events of 2018 spurred unprecedented unity and public action, making water a top political priority at every level of office. For the first time ever, candidates from local city commissions all the way up to the Governor’s house were openly acknowledging the sugarcane industry’s role in our water management and publicly refusing to be bought off. That was progress like we’d never seen. That was momentum we could build on.

And build we did. It’s been in the years since the 2018 elections that we’ve seen widespread acknowledgement and increased research to validate the human health impacts of exposure to toxic algae. Work began in earnest to shape a new management schedule, dubbed LOSOM, for Lake Okeechobee. It has the potential to have a lasting positive impact for communities downstream of toxic discharges if water managers incorporate goals that prioritize human health and safety by aiming to lower lake levels each year during the dry season.

This election season, when we asked people to prioritize a single issue–water–over all other issues, we were met with understandable distraction from the cause, more competing uncertainties guiding political choices, streaks of possessive party loyalty, and one glaring fixture that has always managed to slip through the shadows: special interest influence. 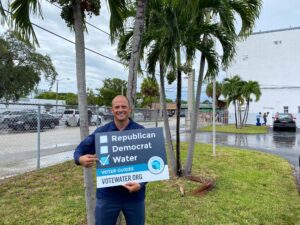 Look no further than the race for Florida Senate District 37 for evidence of the latter. Jose Javier Rodriguez’s loss in his re-election bid was a crushing blow to Florida’s environmental community and clean-water movement. Even more disturbing was the means with which this election was tilted by a mere 34 votes. Make no mistake–Floridians have seen this story before.

A mysterious third candidate (of the same last name), with a shady past, no history in politics, and no public-facing campaign, received mailer support from an unidentified, shadowy political group. The no-party candidate backed by dark money was successful in shaving off votes that would have been crucial to turn the tide on the razor-thin margin that was ultimately responsible for ousting a celebrated environmental champion. It’s a painful reminder that Florida politics remains susceptible to polluter industry manipulation and that the Greater Everglades is in desperate need of renewed passion and commitment from those who can protect it.

Bullsugar board President Ray Judah, a former Lee County County Commissioner, was part of the 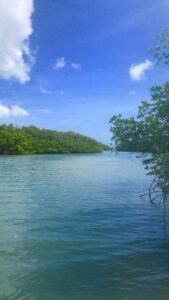 volunteer effort to produce this year’s VoteWater guides. Judah was disheartened to review the recent Florida election results at the local and state level and observe that dark-money candidates continue to dominate the political landscape to the detriment of restoring our precious water resources. His disappointment is reinforced by years of invested involvement and personal history with such situations. His own story underscores the continued need for dedicated grassroots push-back.

“If there is any hope for protecting the Everglades, rivers, coastal estuaries and public health, it is incumbent on Florida voters to reject candidates beholden to special interests such as Big Sugar, and support candidates with the courage and integrity to speak out in support of the public interest,” Judah said.

“In 2012, Florida First, a Super PAC, paid for attack ads to undermine my campaign for re-election to the Lee County Commission. During my tenure on the Lee County Commission I focused on the challenges and solutions to restoring our waterways from the detrimental impact of excessive nutrient runoff from sugarcane lands in the Lake Okeechobee watershed resulting in harmful algae blooms and adverse impact to public health and fish and wildlife.

Florida First’s major contributors were Partnership for Florida’s Future which in turn received $325,000 from U.S. Sugar Corporation and $75,000 from the Florida Chamber.

Dark money is eroding our representative form of government and Bullsugar will remain committed with our Voters Guide, in future elections, to enlighten voters on the political candidates that are committed to cleaning up our waterways versus candidates that have aligned with corporate donors that exploit and destroy our water resources.” 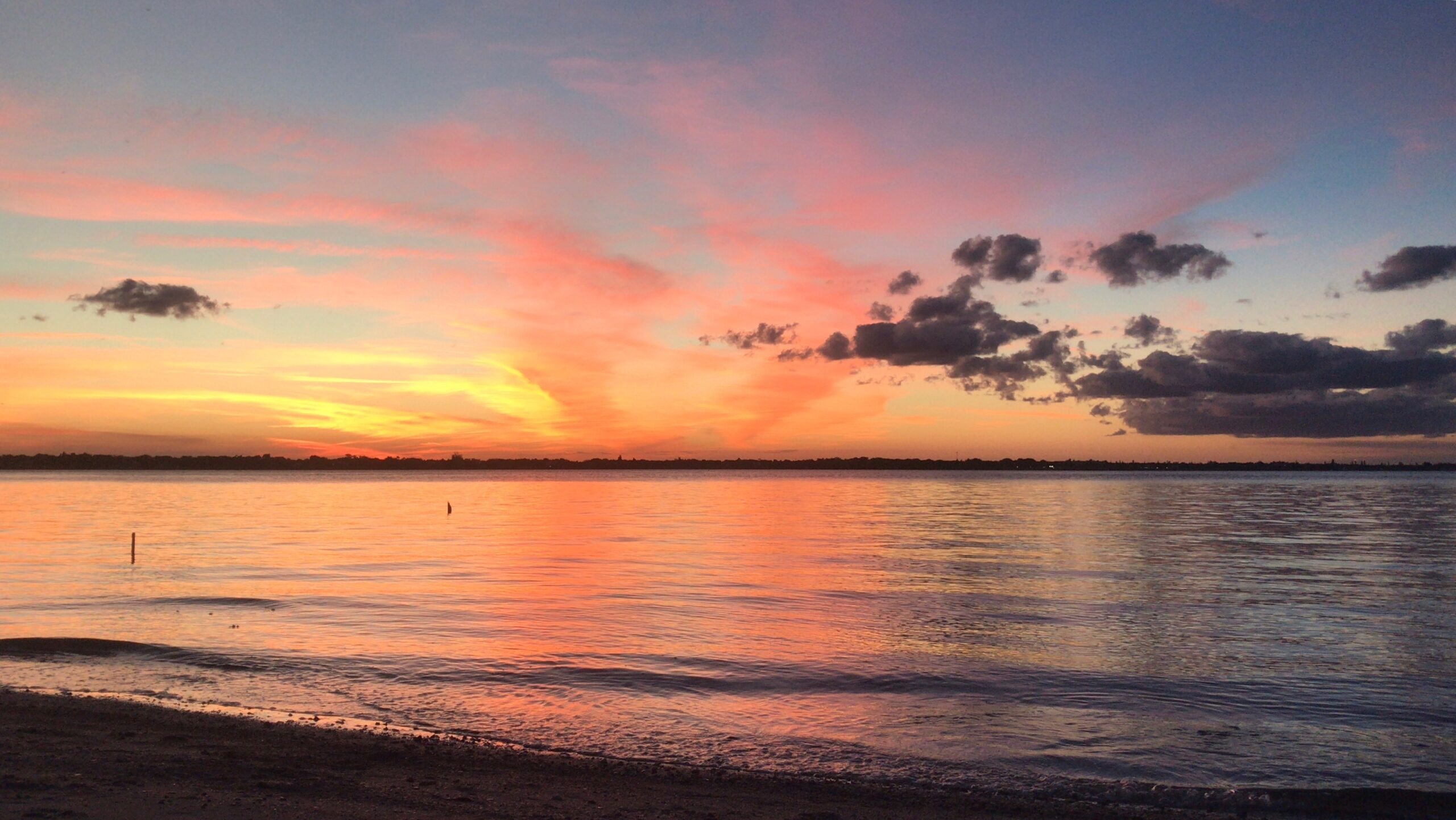 Looking toward the future, Bullsugar board member Richard Trotta said, “the 2020 election cycle offered proof that a sizable share of the Florida electorate favor environmental protections and water quality issues. Across the spectrum of political ideology, candidates messaged protecting the environment as a priority. VoteWater.org, through its widely-followed voter guides, helped identify candidates most likely to support and offer legislation to solve one of America’s biggest political problems–our water crisis. VoteWater.org’s next action is to hold our elected officials accountable for fulfilling their promises.”

The fight isn’t over. In fact, the next round has just begun, and we’ve got a lot of work to do before the next election. To the Floridians who Voted Water, we thank you and humbly ask that you stay involved. To the clean-water candidates who won on promises of prioritizing water, we congratulate you. And to each of the incoming electeds, we issue a sincere offer to act as a resource on this issue. To support and to educate, to research and promote, and to always, always hold you accountable to the clean-water community of people who put their trust in you. Together: that’s how we’re going to take back Florida’s water. 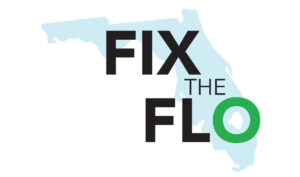 There’s a better way to manage the flow of water in Florida, and we know what it looks like: Send more water south to Everglades National Park during the dry season, when the Everglades need the water, so that Lake O sits lower at the start of hurricane season.
Sign the Fix the Flo petition to join us in calling on the Army Corps of Engineers and other water managers to do just that. There’s no excuse for continuing the status quo.
Allie Preston2020-11-19T13:41:04-05:00November 19th, 2020|Uncategorized|