In the wake of the Gillum campaign voter guides, and public posting of Andrew Gillum’s answers to the Bullsugar.org candidate questionnaire, we have received many inquiries about our candidate analysis process, and, more to the point, why we did not favor Andrew Gillum in the Democratic Gubernatorial primary.

Our voter guides are not only based on responses to our questionnaire, but also voting records, public statements, interviews, campaign contributions and Now or Neverglades support.

For the first time in Florida’s history, the overwhelming majority of candidates for governor have publicly refused to accept sugar industry campaign contributions, citing the role that sugar industry money and influence plays in Florida’s water management, including the current toxic algae crisis.

Of the seven gubernatorial candidates (2 Republicans and 5 Democrats), only Adam Putnam continues to deny the sugar industry’s role in Florida’s water woes and openly accepts millions from US Sugar, Florida Crystals and related PACs. As Ron Desantis, his Republican opponent, put it in the last debate, “Adam Putnam is basically US Sugar’s errand boy.”

All the Democratic candidates answered the Bullsugar.org questionnaire and signed the Now or Neverglades declaration. That is remarkable progress since the last governor’s race, and we thank all five candidates for supporting this critical issue. However, Andrew Gillum was the last one, waiting until after our voter guides were published before responding to our multiple requests. Prior to that, in debates and interviews, he was the weakest on the issue — using sugar industry talking points that shift blame for water problems to north of Lake Okeechobee, falsely suggesting environmental regulations would hurt jobs in the Glades communities that have had massive unemployment since sugarcane cutting was mechanized in the late 1980s, and refusing to acknowledge the impact of industry influence–in short, sounding more like Adam Putnam than the other Democratic candidates.

We informed Gillum’s staff that his repeated public comments outweighed his late questionnaire responses, giving him a ‘?’ rating instead of a “YES” for “Prioritize Health and Safety,” “Polluter Pays,” and “Public Land for Public Interest” answers.

We also told his staff that we would revisit our grading if Gillum countered his previous comments, suggesting a visit to either the Caloosahatchee or St. Lucie estuary to see the damage in person, as all of his Democratic opponents did–or a visit to the Glades Tri-cities area to talk with sugar burning activists–as Chris King did.

We are still waiting. The offer still stands. Andrew Gillum has spoken of his connection to Glades communities, he has spoken of the need to correct environmental injustice of exactly the kind that is occuring in Florida right now in communities where it snows ash and chokes residents. If he were to visit these communities, he could raise awareness statewide that sugar cane burning near population centers should be stopped immediately, as it has been in other developed countries. If it were replaced with “green harvesting” instead it would create jobs and make healthier communities.

We are concerned that if Andrew Gillum is reluctant to talk about these issues during an election in the midst of a human health crisis that is making national headlines, how much attention will they get if he is elected Governor?

To learn more about sugar burning: 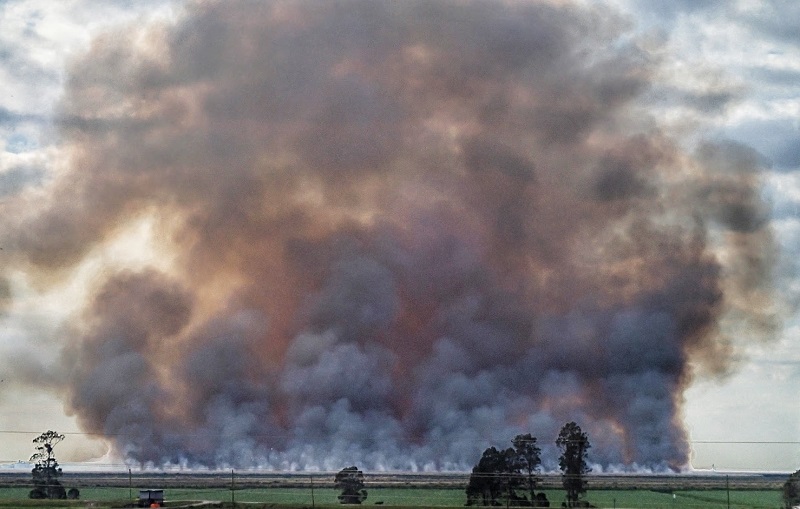