The Florida legislature is about to get a 700-year-old philosophy lesson. William of Ockham’s kernel of common sense from the 14th century–the simpler of two solutions is probably the better one–applies perfectly to the 21st century marvel we’re designing to undo the damage we’ve done to our waterways.

The complicated version comes from the South Florida Water Management District. (Five variations on two configurations of one concept: a big project on a small plot.) Dismantle and rebuild a 23-square-mile flow equalization basin, finished 28 months ago, and redesign the anti-pollution infrastructure built within Restoration Strategies to satisfy a six-year-old federal legal settlement; redevelop the system’s operating schedule to accommodate overflow from a new, undersized treatment project; and engineer a towering reservoir and pump system requiring staggering power and new technology. And two billion dollars.

This sounded too complicated to engineers and hydrologists at the Everglades Foundation. They ran the same models and found an easier way to build a reservoir. Leave the existing Restoration Strategies projects alone. Use land that taxpayers already own to give the reservoir enough treatment to clean its own water (A2 STA in the diagram below). Build a shallower, cleaner, cheaper reservoir on land already dedicated for the project. And do it all under the project’s $1.6 budget, so Washington will pay half. 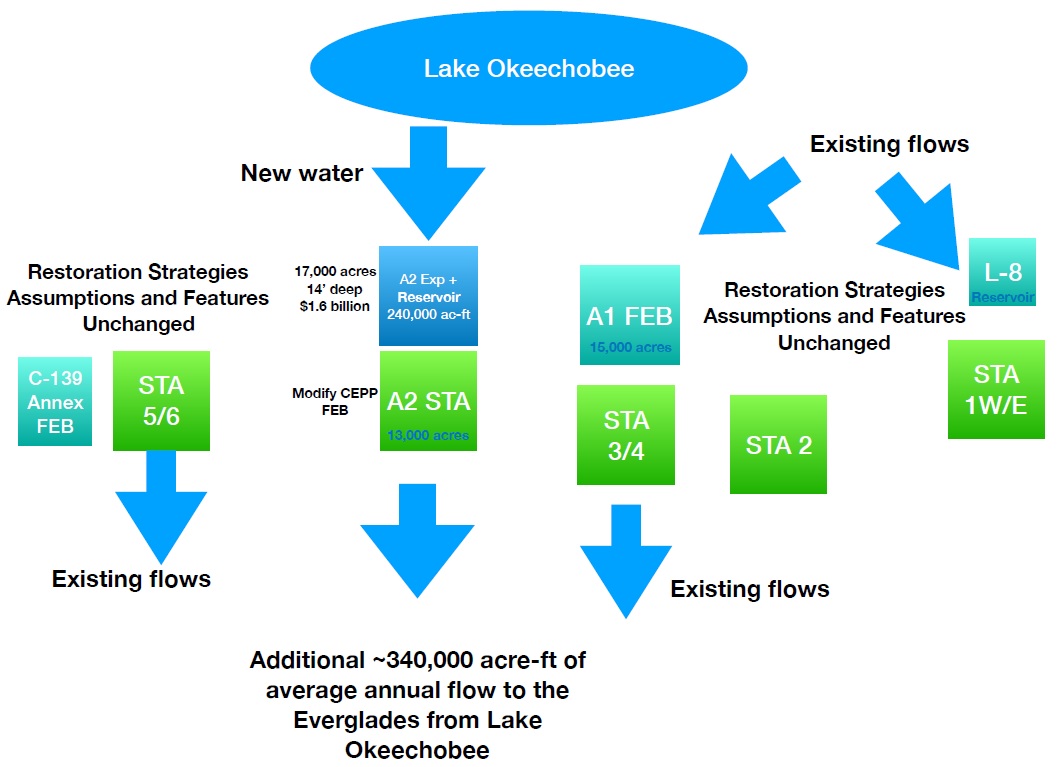 Florida lawmakers have seen this plan. All they need to do next month is ask SFWMD to compare it to their own. And then choose the one that delivers the most benefit for the lowest cost. Basically, apply a 700-year-old rule of thumb and pick the solution that makes everyone–including the sugar industry–a winner.

Is there any good reason not to do this?