How Many More Sweet Deals For Sugar Can Florida Stand?

Home>Uncategorized>How Many More Sweet Deals For Sugar Can Florida Stand?
Previous Next

How Many More Sweet Deals For Sugar Can Florida Stand?

Any legislation that paves the way for private interests to use taxpayer resources to develop the Everglades is not in the public interest.

In this episode of Florida politics, Eye on Miami’s Alan Farago takes a closer look at the proposed C-51 reservoir. The project, now creeping its way through the legislature under the guise of preserving and protecting the natural environment, reveals a darker intention with a second, harder look. 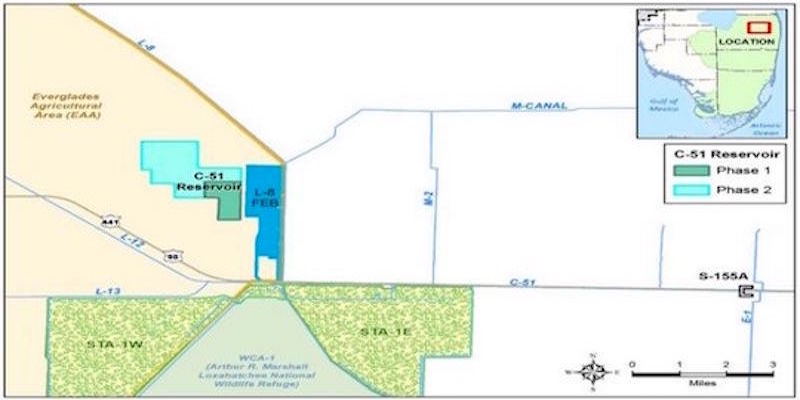 The more obscure and complicated the details of a “private public partnership” involving water farming, the more certainty the project is designed to financially reward Big Sugar. That’s the case with a bill, SB 92/HB 95, favoring Big Sugar and moving into Senate Committee hearing on Thursday.

We re-state the question: When will Florida elected officials put as much energy into protecting the health of people and the environment as protecting the net worth of billionaires?

In Florida—unlike states like Texas, for example— rainfall is owned by the public. This freshwater resources is held in trust for the public by the state. That is why it is enraging that our water is so dirty that it can make us very, very sick.

Water farming—leaving pollution clean up costs to the side—is a way for some of the state’s wealthiest landowners to monetize what really belongs to people: rainwater.

Much of the lands in the C-51 basin are owned by the Fanjuls, owners of Florida Crystals and a vertical sugar empire. Palm Beach Aggregates owns the lands for the C-51 reservoir. According to TC Palm, its current shareholders include the Fanjuls.

More than a decade ago, Palm Beach Aggregates sold to the state of Florida its large rock mine to the east of the proposed C-51 reservoir. Today it is called the L-8 reservoir. People, including county commissioners, went to jail over corruption involving the transfer of that private property into public hands.

Then-Governor Jeb Bush promoted the state purchase of the L-8 reservoir on advice that the reservoir was “uniquely capable” to store water for Everglades restoration.

According to a source, the claim that the L-8 reservoir was impervious to water intrusion was the reason the state paid more than $200,000 per acre, at that time its highest price ever, to buy the land.

Here is the point. After the deal was done, the L-8 was discovered to be flawed. But everyone already had what they wanted, including Palm Beach Aggregates, and now the L-8 reservoir has been repurposed.

The C-51 bill would provide water to accommodate growth: new planned suburbs at the fringe or inside the Everglades Agricultural Area. Environmental protection? The same way that the L-8 reservoir, cloaked in justifications that turned out to be false, the C-51 reservoir socializes risk of toxic algae blooms–to taxpayers–and privatizes profit from rainwater.

Phase 1 of the C-51 project was authorized as part of the SB10 legislation in 2017, which should have only been about the protection of Florida’s rivers, estuaries, bays and Everglades. Phase II is now before the legislature.

The first phase of the C-51 plan emerged in 2017 in then-Senate President Joe Negron’s Everglades Reservoir bill, SB 10. Negron’s intent, at least so far as he publicly represented, was to provide a legislative remedy for the desperate conditions homeowners, taxpayers, tourists, and businesses suffered during the repeat toxic algae outbreaks.

Big Sugar used the bill as its Trojan Horse. The bill, signed into law by Gov. Rick Scott, stripped the state’s eminent domain authority in the EAA and authorized  a massive, multi-billion dollar, man-made reservoir that will be over thirty feet deep. It also inserted the C-51 reservoir plan.

According to a recent article in TC Palm, “Palm Beach Aggregates (then) wants to sell the reservoir to a nonprofit corporation set up to represent the municipal utilities taking water from it. The C-51 work group agreed on a price of $161 million.” What a sweet deal if the owners of Palm Beach Aggregates get a tax write-off for assisting in the supply of water that belongs to the people so it can be sold back to the people.

The community group, Sustainable Palm Beach, recently wrote: “We are aware that bills related to this project are currently pending in the Florida Legislature (SB92/HB95). However, the proposed legislation fails to resolve the primary problem associated with this project– the requirement that the reservoir be used as a means of reduction of Lake Okeechobee discharges to the coasts. While we support efforts to reduce the harmful discharges to the St. Lucie and Caloosahatchee estuaries, we do not agree with this approach.”

The Fanjuls threw their full weight in the 2018 election behind Adam Putnam, then Agriculture Secretary and designated by Big Sugar to succeed Rick Scott after he won the US Senate. If Adam Putnam were governor, the C-51 bill would sail through unimpeded by public concerns.

With Governor Ron DeSantis, one can hope that a veto—assuming the legislature approves the current bill—sends the C-51 back for closer scrutiny. As for the Democrats who support this bill—Representative Kristen Jacobs and Senator Lauren Book—there is not much good we have to say.